For Harvard University Dining Services, Haneef has shared a strategic framework with seven intersecting areas of work: student and community engagement; food and agriculture; student advocacy; diversity and inclusion; food systems, climate change, health and environmental impact; operations strategy and innovation; and quality assurance, safety, risk assessment and mitigation. With continued inputs from every facet of the community, Haneef is shaping a food program that prioritizes health and wellness, cultural sensitivity, religious sensitivity, and community life. The goal is to build a shared vision for the future of hospitality and dining in service of Harvard community.

Prior to joining Harvard, Haneef served as Assistant Vice President for University Services at Princeton University. At Princeton, Haneef served on multiple committees and boards, and led a team of 400 hospitality professionals in delivering excellence through food and beverage service and production. Haneef formed the Food and Agriculture Initiative, and as the co-chair led several curricular and co-curricular partnerships and programs with faculty. Haneef implemented a transformation plan at Princeton with service excellence, team and people excellence, and efficiency and effectiveness as its guiding principles. Princeton Campus Dining served approximately 3 million meals each year through its award-winning program that included residential dining, retail venues, catering, athletic, and vending programs.

Before entering collegiate dining, Haneef helped launch the LifeWorks Restaurant Group, a premium on-site restaurant division of the food service company Aramark. She served as district manager for LifeWorks, leading large staff teams and overseeing restaurants, catering programs, cafes, and other food service operations at multiple Fortune 500 companies. She was directly involved in expanding LifeWorks into Walt Disney Studios, Nike, and Cisco Systems. While in the position, she established partnerships with community organizations and global food programs to educate clients and restaurant guests about healthy and socially responsible food choices. She earned Aramark's company-wide employee award for Most Valuable Partner in 2011.

Haneef also helped develop the culinary arts curriculum at the International Culinary Center in Campbell, California, where she served as a guest faculty member. She also volunteered with the Santa Clara Unified School District in California, introducing hospitality careers to middle school students. Before working for Aramark, Haneef was chef and owner of Aha Bite Corporation, an award-wining restaurant and catering company outside Birmingham, Alabama. She collaborated with top chefs in the area to develop a global menu of Indian and fusion cuisine that used local ingredients. She also has led several restaurants and large catering events in Chicago.

Haneef began her career in food and beverage departments at five-star hotels and restaurants in India. She earned a bachelor's degree at Osmania University and a diploma in hotel management and catering technology from India's National Council for Hotel Management and Catering Technology. Haneef graduated from the Harvard Graduate School of Education Institute of Education Management and is an alumna of Harvard Business School through its General Management Program.

Martin Breslin is the Director for Culinary Operations at Harvard University Dining Services.  In this role, he sets the culinary standards of the department by overseeing all culinary operations which serves approximately five million meals a year. A native of Dublin, Ireland and a graduate of the Dublin College of Catering, Breslin has worked at prestigious restaurants, hotels and universities throughout the United Kingdom, New York and Boston.

He is currently responsible for overseeing and directing all culinary, nutrition, and technical services that relate to food technology, food science and food presentation. In this capacity, Chef Breslin oversees all recipe development at the Culinary Support Group (Commissary) and is responsible for the quality and cost of food, development of culinary staff and sanitation standards, meeting all FDA and USDA requirements for food manufacturing. Breslin has won Five American Culinary Federation (ACF) gold medals, four silver and a bronze. Additionally, he is an active member of the Research Chef’s Association of America, the American Culinary Federation, and a founding member of the Healthy Menus Collaborative. He is also a standing member of the Harvard School of Public Health’s Nutritional Round Table.

Robert Leandro, Director for Operations & Facilities, has been with HUDS for 50 years. Throughout his career, he has held positions in General Service and as General Cook, Butcher, Pantry Steward, Production Manager, Assistant Manager, Chef Production Manager for the Harvard Faculty Club, General Manager, Director for Residential Dining, Director for Facilities, Interim Manager for the Harvard Faculty Club, and Director for Operations and Facilities. Promoted to his current position in 2010, Bob oversees maintenance and renovations and is the environmental safety and compliance manager. Bob renovated 11 of the house kitchens and was integral in the Leadership in Energy and Environmental Design (LEED) Silver Certification awarded to the Dunster and Mather dining hall renovations. He regularly consults with University project management teams on kitchen and foodservice facility build-outs, retrofits existing facilities for improved sustainability measures, and is a trusted colleague to numerous design consultant and architects.

Kim Smith, Retail Area General Manager, oversees roughly half of HUDS' retail operations, with special expertise in those that are student managed. Kim earned her Bachelor’s degree in Food Service Management at Johnson and Wales University and her Master’s degree in Management from Cambridge College.  She has been with HUDS for more than ten years, starting at the Greenhouse Café but also leading locations such as the residential/retail hybrid at Dudley House. Kim has extensive experience in opening new locations and training students in all areas of operations.  She is practiced at planning, writing, and analyzing budgets, as well as managing all aspects of inventory, sanitation and day-to-day operations.

Laurie Torf, Retail Area General Manager, oversees roughly half of HUDS' retail operations.  She has been with HUDS for more than 15 years, working in both the residential and retail divisions. Laurie has extensive experience in all areas of operations, with a special focus on large, complex facilities and .sustainability initiatives. Prior to joining HUDS, Laurie was a manager with Starbucks for five years.

Crista Martin joined HUDS in 1998 and with her team coordinates online and print marketing, social media, market research, and public and media relations. The Communications team has won numerous awards from such organizations as the University & College Designers Association and the International Association of Business Communicators. Crista is a frequent presenter and volunteer with NACUFS, including as its Regional Director and Regional Conference Chair.

Crista also spearheads HUDS Strategic Initiatives, guiding the planning and implementation of work in the areas of sustainability, food donation, business development and planning, customer service and more. She serves on the Menu of Change University Research Collaborative spearheaded by the Culinary Institute of America and HSPH, and was named a "Food Hero" by the City of Cambridge in 2015 for her work on HUDS' food donation program. Crista has worked for several non-profit associations, and has degrees from Boston University and American University in public relations and creative writing. 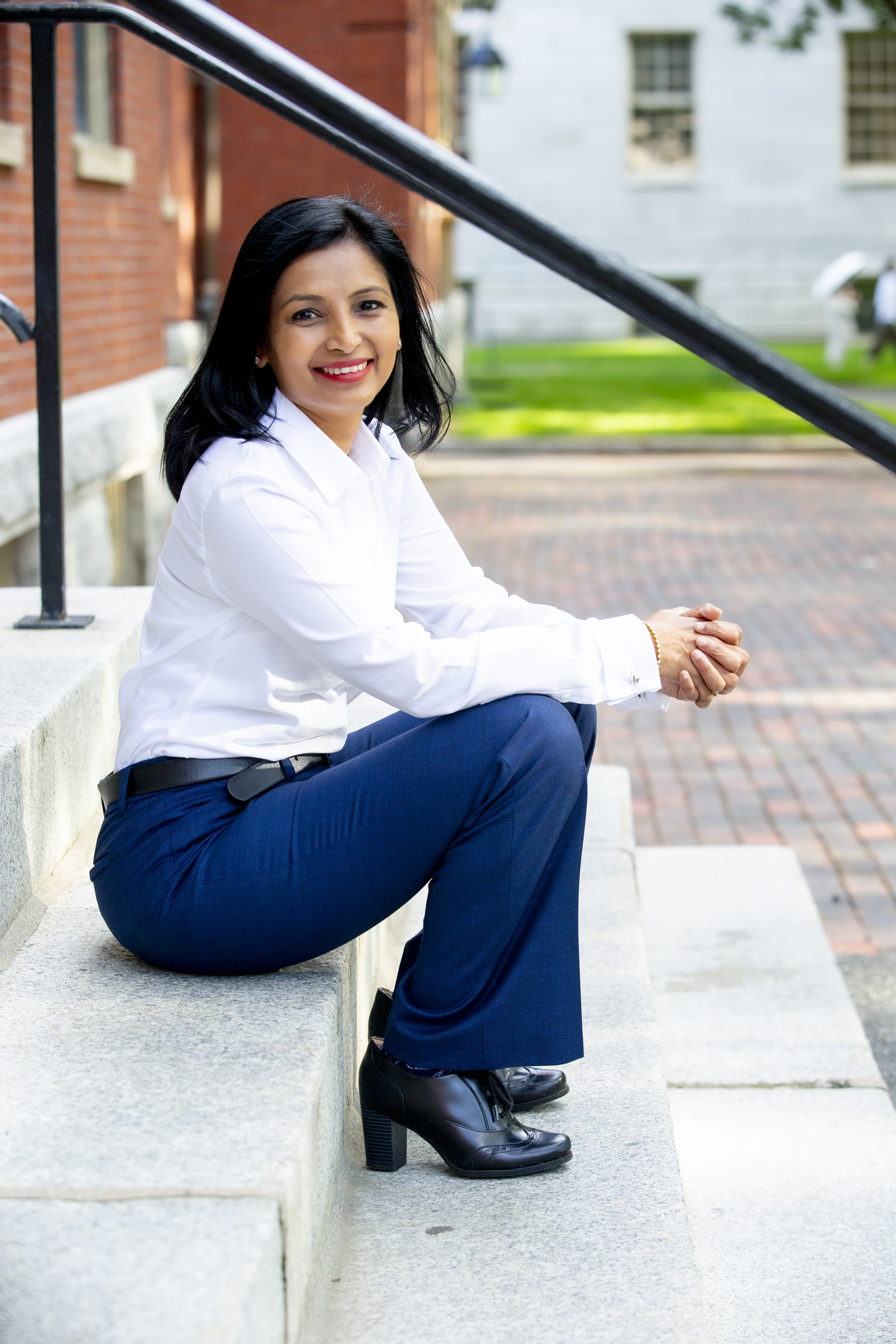